A Tower Houses is a type of castle, that can be compared to a Keep, but is far stronger. These fortified residences are built for the purpose of habitation, but also to defend strategic points or to command a certain area. Tower Houses were especially widespread in Scotland or Ireland, but could occasionally be found in Wales as well. In Age of Chivalry Hegemony the Tower House is similar to the Torenstins. 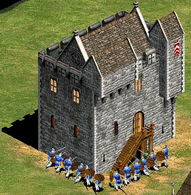 A Tower House under attack 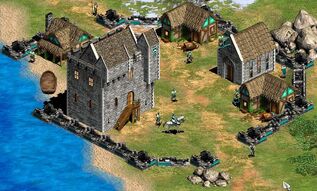 A Tower House in a Welsh village

Community content is available under CC-BY-SA unless otherwise noted.
Advertisement